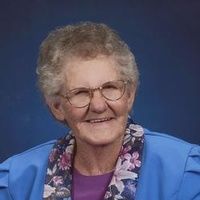 Alberta Malicoat, 85 years old of Plainfield, IN, passed away Friday, April 4, 2014. She was born April 27, 1928 in Woodstock, KY, daughter of the late William C and Leola A (Denny) Lovins. Alberta married Elmer F. Malicoat. He preceded her in death. She was a member of Plainfield Christian Church. She enjoyed listening to country music, dancing and watching TV cooking shows. Surviving are daughters, Susie (Don) Brown of Plainfield, Bonnie (LeRoy) Bacon of Plainfield, Loretta (companion, Walt) Johnson and Lori (companion, Andrew) Malicoat of Danville, sons, Frank (Ruth) Malicoat of Danville and Charlie Malicoat of Plainfield, sister, Francis Beeson of Ladoga and several grandchildren and great-grandchildren. She was preceded in death by two daughters, Sandi Cooper of Englewood, FL and Debbie Napier of Middleburg, FL, 3 brothers and 3 sisters. Family and friends will gather Monday, April 7, 2014, 4:00-8:00 p.m. at the Porter Funeral Home, North Salem, Indiana. Services will be held at the funeral home, Tuesday, April 8, at 11:00 a.m. Alberta will be laid to rest following the service in the Fairview Cemetery. You are invited to visit our website, www.porterfuneralhome.us, where you may sign her online register and leave a personal message.