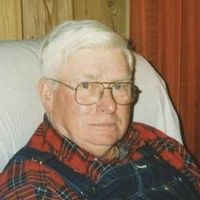 Benjamin Cleo Stewart, 87 years old of North Salem, IN, passed away, Friday, January 23, 2015 in Asbury Towers, Greencastle, IN. He was born January 11, 1928 in Hendricks County in Rock Branch, IN, son of the late Cleo and Maggie(Toole) Stewart. Benjamin married Catherine Finchum on November 22, 1951 in North Salem, IN. She preceded him in death. They were longtime residents of North Salem. He attended Emmanuel Baptist Church in North Salem. He is survived by his daughter, Belinda Kay Witt of Russellville, son, Jeffrey L (Penny) Stewart of Brazil, sister, Lois Curtis, of TN, grandchildren, Angie, Tammy, Amber, Crystal, Amanda, Melissa, Jeremy and Ethan, 19 great-grandchildren, 1 great great-grandchild on the way and several nieces, nephews, brothers-in-law and sisters-in-law, . In addition to his wife he was preceded in death son, Douglas Cleo Stewart, son-in-law, Steve Witt and sister, Lorene McKinney. Family and friends will gather Tuesday, January 27, 2015, 1:00-3:00 p.m. at the Porter Funeral Home, North Salem, Indiana. Services will follow at the funeral home at 3:00 p.m. with Pastor Rick Williams officiating. Ben will be laid to rest in the Fairview Cemetery. You may visit our website, www.porterfuneralhome.us, to sign his online register and leave a personal message.