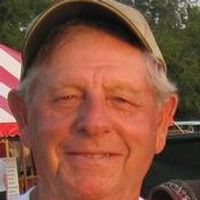 Bill K. Beaver, 87, of North Salem, formerly of Fishers, passed away Thursday, October 17, 2013 at his home. Born August 29, 1926, in Noblesville Indiana, he was the son of Omer V. Beaver and Mary (Klepfer) Beaver. He was preceded in death by his wife Barbara (Kinzer) Beaver. They were married from 1950 until her death in 1998. Survivors include his daughter Shirley and sons Jeff and Jim: daughter-in-law Linda and grandchildren Lauren, Taryn and Daniel. Bill Beaver graduated from Fishers High School and served in the U.S. Navy. Bill owned and operated a dairy farm for more than 40 years. In 1989, he moved to North Salem where he continued to farm with his son Jeff. He remained active until his time of death. Family and friends may call Tuesday, October, 22, 2013, 4:00-8:00 p.m. at Porter Funeral Home, North Salem, IN. There will be a visitation Wednesday, October 23, 11:00 a.m.-1:00 p.m. at the Highland Cemetery Chapel, Fishers, IN. Service will follow at 1:00 p.m. at the Chapel. Bill will be laid to rest following the service in the Highland Cemetery. Online condolences may be made at www.porterfuneralhome.us