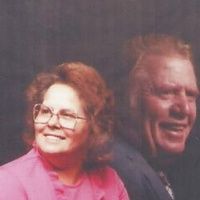 Carrie Dean Warren, 83, of Roachdale, IN, passed away Tuesday, August 9, 2016 in Hendricks Regional Health. She was born October 28, 1932 in Barnard, IN, daughter of the late Jesse and Elsie (Roe) Gordon. She was a member of Evangelistic Full Gospel Church. Carrie liked decorative painting, flowers, birds and doing yardwork. She is survived by her sons, Willard Warren of Poland, IN and William (Sue) Warren of Greencastle, daughter, Darla (Brian) Poynter of New Maysville, sisters, Margaret (Cecil) Blankenship of Jamestown, Betty Riddell of Crawfordsville and Joan Spielberger of Crawfordsville, daughter-in-law, Debbie Warren of Portland Mills, sister-in-law, Doris Gordon, 14 grandchildren, 31 great-grandchildren and 1 great great-grandchild. She was preceded in death by her husband, Rev. James Lloyd Warren, son, Daniel Warren, infant daughter, Helen Ruth Warren, twin sister, Mary Jean Franklin, brother, Robert Gordon and brother-in-law, Darrell Riddell. There will be a private family service and burial. Arrangements have been entrusted to Porter Funeral Home, North Salem, IN. Online condolences may be made at porterfuneralhome.us.