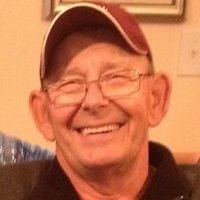 Daniel Edwin McIntire, Sr, 66 years old of Jamestown, IN, entered into eternal life on Sunday June 14, 2015 at home surrounded my family. Dan was born August 18, 1948 in Indianapolis, son of the late General Artie Eugene McIntire and Evelyn (Slinkard) McIntire. Dan married Teresa Jolene Emberton on January 22, 1971. She survives. Dan enjoyed playing golf with his son, hunting with his son-in-law and brother, playing cards and games with family, and riding his motorcycle. He also loved watching his grandkids play sports. Throughout his cancer battle, he never missed a grandkids’ game. He was always there cheering and hollering from the stands. Dan was diagnosed with stage IV lung cancer in January of 2009. He fought the battle for six years, and finally won when he was welcomed into heaven with a body that is cancer and pain free. He won his battle, sadly we lost our husband, father, grandfather, brother, and friend. He will be missed by many, but we rejoice in the fact that we will see him again someday. In addition to his wife, he is survived by son, Daniel (Denise) McIntire Jr. of Pittsboro, daughters, Kathy (Jeff) Porter of Brownsburg, Missy (Mark) Peachee of Lebanon, and Kris McIntire of Jamestown. He is also survived by sister, Terri (Eric) Thomas of Advance and brother, John Nickels of Fishers. He is survived by 10 grandchildren: Travis Martin, Whitney Emberton-Jones, Erin McIntire, Alisha Whitecotton, Austin Peachee, Breanna Trent, Logan Peachee, Caleb McIntire, Sophie Porter, and Max Porter. One great grandchild, Chloe Martin. He was preceded in death by his parents and his brother, Frank McIntire. Family and friends will gather Wednesday, June 17, 2015, 4:00-8:00 p.m. at Porter Funeral Home, Jamestown, Indiana. Services will be held at the funeral home, Thursday, June 18, 2015 at 11:00 a.m. Dan will be laid to rest in the Jamestown I.O.O.F. Cemetary. Memorial contributions may be made to the Boone County Cancer Society in Lebanon, Indiana. You may visit our website, www.porterfuneralhome.us, to sign his online register and leave a personal message.