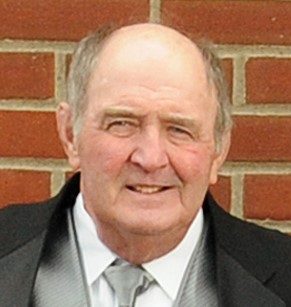 David was married to his beloved wife Wanda Paschal for nearly 45 years.  He was a graduate from Markleville High School in 1962.  After high school, he joined the Army Reserve from 1965 to 1971.  After the military, David would work as an operator and part owner of Meredith Paschal Concrete.   He was also an active member of the Anderson corvette club in its day.

David will be dearly missed by his wife, Wanda; his sons, Ryan Paschal and Neal (Becca) Paschal; his daughter, Angela (Dick) Johnson; Grandchildren, Makayla (Sam) Miller, Jentry Johnson, Lauryn Johnson, Luke Shaw, Nash Paschal, and Piper Paschal; has 1 great-grandchild; and several cousins.  He was preceded in death by his parents.

The visitation will be on Wednesday, June 15, 2022, from 4 p.m. until 8 p.m. at Brown-Butz-Diedring Funeral Service & Crematory, 515 E. 53rd St., Anderson, 46013. The funeral service will be on Thursday, June 16, 2022, at 10 a.m., at the funeral home. Pastor Gabriel Ohmes will be officiating.  Burial will be at Anderson Memorial Park, after the services.  In lieu of flowers, memorial donations in David’s name may be gifted to the American Parkinson’s Disease Association.