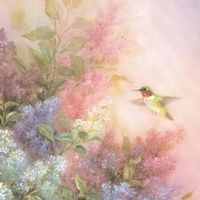 Ms. Deborah Sue Wright, 60, of Thorntown, passed away October 29, 2016, at Homewood Health Campus in Lebanon. Deborah was born on September 17, 1956, in Crawfordsville, the daughter of the now late Charles Ezra and Norma Jean (Burgess) Brown. She married Richard Allen Wright on November 7, 1975. He passed away on January 2, 2006. Deborah graduated from Granville Wells. She was a fan of Indiana University sports, especially basketball. Deborah loved her dog Brady and she loved spending time with her family. She was a member of the Lebanon Christian Church. Survivors include her daughter Julie (Gregory “J.R.”) Liddicoat of Thorntown; her son Jeff (Kim) Wright of Lebanon; her brothers Russell (Della) Brown, Donald (Marilyn) Brown, and Stanley (Bonnie) Brown; her sisters Charlotte Borden, Sharon Sellers, Pamela Jan Triplett, Patricia Edwards, and Carol Anne Truax; her mother-in-law Eleanor Wright; her brothers-in-law Art (Brenda) Wright, Joey (Tina) Corwin, David Corwin, and sister-in-law, Jane Wright; her grandchildren Graham and Clara Wright; and 26 nieces and nephews. She was preceded in death by a sister, Barbara Jean Brown and 2 brothers, Larry Brown and Robert Brown. Family and friends will gather Wednesday, November 2, 2016 for visitation from 5 p.m. until 8 p.m. and services will be held Thursday, November 3, 2016 at 10 a.m. with Craig Howie officiating in the Porter Funeral Home, Jamestown, Indiana. Deborah will be laid to rest at Fairview Cemetery in North Salem. You are invited to visit the website www.porterfuneralhome.us where you may sign her online register and leave a personal message. Memorial contributions in her name may be made to the Boone County Cancer Society, 117 W. Elm Street, Lebanon, Indiana 46052.