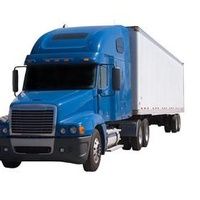 Donald James Cooper, 72, of Brownsburg, IN, passed away Friday, July 15, 2016. He was born November 13, 1943 in Lebanon, IN, son of the late Marvin and Nellie (Bailey) Cooper. Donald was a career truck driver and a big John Wayne fan. He is survived by his sons, Jim (Anita) Cooper and Wayne (Phyllis) Cooper, both of Pittsboro, sister, Patricia Danelek, CO, grandchildren, James A. Cooper, Andrew Blair, Justin Reed, Randy (Liz) Cooper, Jacqueline Thomas, and Craig Price, great-grandchildren, Aateya, Aiden, Ryan, Trinity, James and Tyler. Private family services will be held at a later date. Online condolences may be made at porterfuneralhome.us.