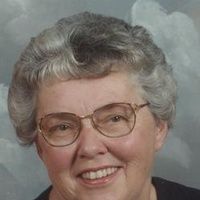 Donna M Mercer, 77 years old of New Ross, IN, passed away Friday, February 6, 2015 in Danville Regional Rehab. She was born March 3, 1937 in Boone County, IN, daughter of the late John and Geneva (Davidson) Jackson. Donna married William J. Mercer on April 4, 1959. He preceded her in death. She was a member of the Old Union Church, the Ladoga Lions Club and the Order of Eastern Star. Surviving are sons, Mark Mercer and Mike Mercer both of New Ross and Max (Tonya) Mercer of Jeffersonville, grandchildren, Morgan Mercer, Allison Mercer and Nathan Mercer and brothers, Danny (Debbie) Jackson and David (Connie) Jackson both of Jamestown. Family and friends will gather Monday, February 9, 4:00-8:00 p.m. at the Porter Funeral Home, Jamestown, Indiana. Services will be held at the funeral home, Tuesday, February 10, 2015 at 10:30 a.m. with Revs Derek Jackson and Jason Davis officiating. Donna will be laid to rest in the Old Union Cemetery. Contributions may be made to the Old Union Church, 5681 S. 500 WJamestown, IN 46147. You may visit our website, www.porterfuneralhome.us, to sign her online register and leave a personal message.