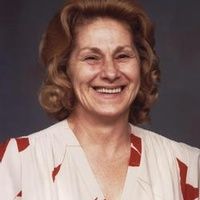 Doris Jean Goode Wiles, 79, of North Salem, passed away Friday, January 22, 2016 at Hendricks Regional Health. She was born March 22, 1936 in Newman, ILL, daughter of the late Herbert W and Eva B. (Craighead) Goode. Doris married Delmer James Wiles on June 6, 1954. He preceded her in death. She was very involved in her church, Emmanuel Baptist Church in North Salem where she taught Bible school and was involved with the youth ministries. She was also part of the Top of The Hill Gang. Doris is survived by her sons, Michael (Diana) Wiles of Crawfordsville, Tony (Laura) Wiles of Greenwood and Barry (Jodi) Wiles of Wingate, sister Evelyn Pauline Whitaker of Roachdale, brother Thomas (Gladys) Goode of North Salem, close friend Pam White, grandchildren, Michall (Bryan) Shaw of New Ross, Courtney Wiles of Indianapolis, Noah (Misty) Wiles of Crawfordsville, Caleb (Crystal) Wiles of Indianapolis, Jamie (Brandon) McMahon of Indianapolis, Jessica (Fil) Torres of Oswego, Morgan Wiles of Wingate and great-grandchildren, Devin Shaw of New Ross, Carson Wiles of Indianapolis, Caitlyn Wiles of Indianapolis, Gavin Wiles of Evansville, Brylee Wiles of Wingate and Brody Wiles of Crawfordsville. In addition to her parents and husband, she was preceded in death by daughter, Debra Jo Wiles and son, James Dean Wiles. Family and friends will gather Monday, January 25, 2016, 3:00-8:00 p.m. at the Emmanuel Baptist Church, North Salem, IN. Services will be held at the church, Tuesday, January 26, 2016 at 10:00 a.m. with Pastor Dan Cline officiating. Doris will be laid to rest in the Fairview Cemetery, North Salem, IN. In lieu of flowers, memorial contributions in honor of Doris may be made to the Emmanuel Baptist Church, 8350 SR 236, North Salem, IN 46165. You may visit our website, www.porterfuneralhome.us, to sign her online register and leave a personal message.