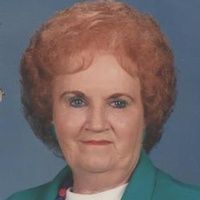 Dorothy Mae Ferguson, 89 of Jamestown, IN, passed away Sunday, January 8, 2017 in Cumberland Trace. She was born May 7, 1927 in Indianapolis, IN, daughter of the late Roy and Helen (Anderson) Brennan. She was a member of the Jamestown United Methodist Church and the Jamestown American Legion Auxillary. Dorothy enjoyed doing yard work. She is survived by her daughter, Deanna (Bill) Perkins of Danville, sisters, Betty Barnett of North Salem and Mary Jo Clark of Danville, grandchildren, Kristin (Tom) Sessler of Avon and Kami (Neil) Hackleman of Roachdale, great-grandchildren, Brayden & Brody McFadden, Kaylie, Nolan & Kassidy Hackleman and Katie Sessler. She was preceded in death by her husband, Milton Ferguson. Family and friends will gather Wednesday, January 11, 2017, 3:00-7:00 p.m. at the Porter Funeral Home, Jamestown, Indiana. Services will be held the funeral home, Thursday, January 12 at 2:00 p.m. Dorothy will be laid to rest in the Jamestown I.O.O.F. Cemetery. Online condolences may be made at www.porterfuneralhome.us