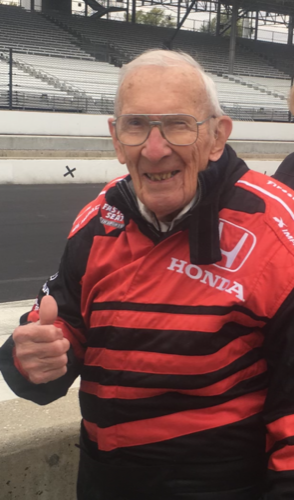 He is survived by children Karen Dark (Richard), Thomas DeVoe (Nancy), Kathryn Duvall, and Karol Sublett (James). He is also survived by ten grandchildren and sixteen great grandchildren, all of whom he was extremely proud.  He was preceded in death by his wife, Betty Jean (Deam) DeVoe, to whom he was faithfully and happily married for over sixty-nine years.

Kenneth DeVoe was born in Kendallville, Indiana, on Dec 18, 1924, during the Presidency of Calvin Coolidge.  As a staunch Christian conservative, he was outspoken verbally and editorially regarding the political and moral direction of the United States.

Dr. DeVoe entered Indiana University at the age of sixteen and was Medical Doctor by the age of twenty- two, diligently following his personal “call to enter the health care field to ease human sufferings and prolong human life.”  He felt this was a noble effort, second only to Christian ministry.   After a tour of duty in the Philippines, he was honorably discharged from the USAF, holding the rank of Captain. In the early 1950s Dr. DeVoe was a family physician in Butler and Woodburn, Indiana, until he became a highly respected anesthesiologist and practiced for forty-seven years at Memorial Hospital in South Bend, Indiana.  After retirement, Betty and he relocated to Greenwood, Indiana, where, in addition to his extensive travel, he was fully engaged in the lives of his large family and was widely and affectionately known throughout the community simply as “Grumps.”  He enjoyed great health until his passing.  His final years were spent lovingly cared for in the homes of his children and surrounded by his many grandchildren whom he both amused and regaled with his remarkable lifetime filled with rich experience and valuable wisdom.

In addition to his family, Dr. DeVoe’s life was dedicated to his love of God and Country, support of the US Constitution particularly the Second Amendment, study of history, and the game of bridge.  His exemplary life was marked by extraordinary intellect, creative writing skills, compassion, unique insight, generosity, and boundless wit. Never one to take himself too seriously, Grumps was renowned for his blistering sharp sense of humor which everyone enjoyed until his final moments this side of heaven. Though small in stature, he cast a long shadow to all he encountered.  His very presence commanded respect, yet he was ever humble and grateful in all things.

A lifelong Christian, his was devoted in the service to others and he will be ever missed by the many, many lives he touched.

A funeral service will be held at 11:00 AM on Friday, July 29, 2022, at Southside Reformed Presbyterian Church, 6969 S. Meridian Street Indianapolis 46217.  The family will receive friends from 10:30 until the time of the service Friday at the church.

You are invited to read Dr. DeVoe’s obituary at www.stpierrefamilyfuneral.com, where you may sign the guest book and leave a personal message for the family.