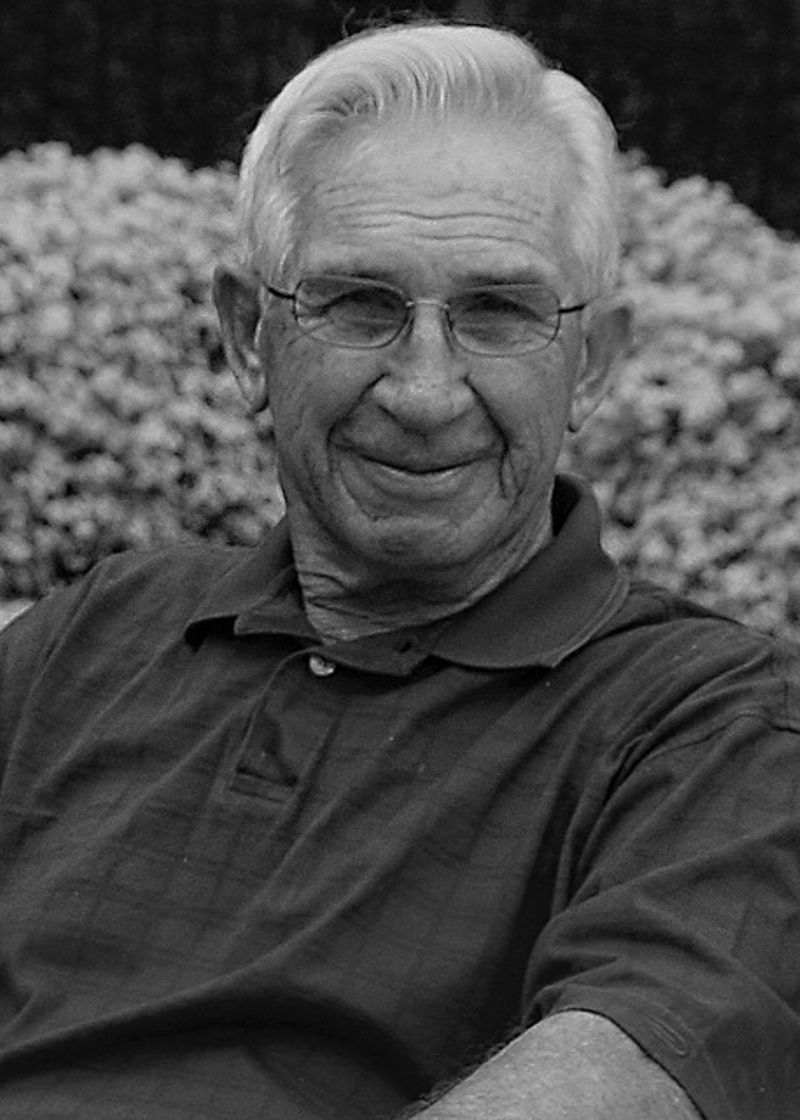 Elwood Leon McBride, lovingly known as Woody, went to be with the Lord on Friday, October 30, 2020, at the age of 93. Woody was born to Edward and Edna McBride on January 9, 1927 in Washington, Indiana, the brother to Robert McBride. Woody’s childhood was most defined by a love for the Lord, family and basketball, and not necessarily in that order. Constructing a basketball goal in the chicken yard behind his home, he perfected his jump shot late into the night, going on to star for the Washington Hatchets and Indiana Central College (now the University of Indianapolis). A well-rounded athlete, he was inducted to the UIndy Hall of Fame for both basketball and baseball. During college, Woody served during WWII and the Korean War. He married his college sweetheart and “the love of his life,” Geraldine Chandler, in 1949. Woody furthered his love of the game by turning down the opportunity to try out for professional basketball and instead pursuing his call to teach and coach young people in the sport. He worked as a teacher and coach in Reelsville and Sullivan, Indiana, and Manual High School in Indianapolis.To those who knew Woody, his competitive spirit in the sports arena was remarkably balanced by his gentle kindness off the court. His intensity was equally displayed in basketball, golf, cornhole, or a family game of “Apocalypse Aggravation”. He was generous to a fault, incredibly strong and fiercely dedicated, yet humble in his sense of his place on earth. He was a man before his time – an example of marriage as a partnership, respect and opportunities for women, and he believed that all people, regardless of the color of their skin, are equally important and valued. He will be missed, but his mark on this world has been left on those he knew and loved throughout his journey. Woody was predeceased by Gerrie after nearly 65 years of marriage. He is survived by children Kim (Eric) Haaff, Karen (Bill) Christensen, Kelly (Bill) Bane; grandchildren Joel (Catie) Haaff, Kyle Haaff, Cara Christensen (Adrian), Andrew Christensen, Brian Bane, Madeline Bane, Brandt Bane; and special friend Dorothy Weaver. Private family services for Woody McBride are Friday, November 6. Arrangements entrusted to Singleton and Herr Mortuary and Memorial Center, 7602 Madison Ave. Indianapolis 46227. Online condolences at singletonandherrmortuary.com In lieu of flowers, please consider a memorial gift to The Woody and Gerrie McBride Scholarship at University of Indianapolis (online or to UINDY Office Of University Advancement, 1400 E. Hanna Blvd. Indianapolis, Indiana 46227) or to University Heights United Methodist Church (4002 Otterbein Avenue, Indianapolis, IN 46227).

Events
There are no events scheduled.
×