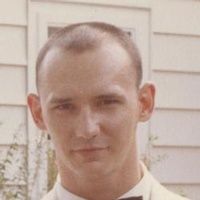 Gary Milton Smith, 80 years old of Avon, IN, passed away Friday, October 23, 2015 at his residence. He was born June 11, 1935 in Speedway, IN, son of the late Oran Black and Nellie (Smith) Smith. Gary married Norma Jean Fowler on May 23, 1964. She survives. He was a member of the Cadillac Lasalle Club and the Modern Classic Car Club of America, where he received many awards. He restored a 1937 Cadillac V16 Model 90 and a 1938 Cadillac V16 Sedan. He was a lifetime body builder and was Mr. Indianapolis in 1958 and runner-up Mr. Indiana in 1959. Gary attended the 1956 Billy Graham Crusade in Indianapolis. He was a firefighter for the Speedway Fire Department. He also worked as a tool and die maker at the Herff Jones Company, worked in the shipping department for Eli Lilly and worked in the transmission division of Allison General Motors. In addition to his wife, he is survived by his sister, Marilyn (George) Killian of Colorado Springs, CO, brother, Kenny Smith of Kennewick, WA, nieces, Vickey and Karen and nephew, Matthew. Family and friends will gather Thursday, October 29, 2015, 4:00-7:00 p.m. at the Porter Funeral Home, North Salem, Indiana. Service will immediately follow at 7:00 p.m. You may visit our website, www.porterfuneralhome.us, to sign his online register and leave a personal message.