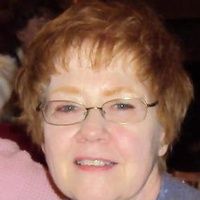 Gretchen (Lana) Sears In the company of her two daughters, Gretchen (Lana) Sears ended an eventful and fun-filled journey on Thursday, October 9. The eldest of two children, Lana (as she was known by family and childhood friends) was born to Arlen and Jean Ann (Jones) Blevins at New Castle Hospital in Henry County on March 19, 1949. Attending Sulphur Springs High School in Henry County, Lana is still remembered for her elegant singing voice. She sang with a local band at various events and high school proms. It was in October 1966, during a friend’s birthday party, that Lana was escorted home by a strikingly handsome ball player with dark wavy hair named Bill Sears Jr. Despite being exact opposites, Bill and Lana were married on September 2, 1967. Together, they had two daughters, Jessaca Ann and Samantha Lee. In the early 80’s, Lana began a 33yr career working for Witham Memorial Hospital which marked the use of her given name, Gretchen. While working full time at the hospital, Gretchen completed nursing classes and received her LPN license in 1991. While she enjoyed going to Las Vegas, Salem, Massachusetts, and Tybee Island, Georgia; Gretchen’s all-time favorite destination spot was Walt Disney World with Soarin’ being her favorite attraction. Gretchen has joined her husband, parents and Darby Shea, the family’s much-loved Sheltie. She is survived by her daughters and family Sheltie, Lily; her sister Debra and her husband Rev. John Fleming; her sister-in-law Patricia and her husband Ronald “Bud” Kendall; her brother-in-law Robert “Bob” Sears and his wife Linda; eight nieces and nephews; aunts and uncles; multiple cousins; and countless friends. Gretchen will always be the eternal fiery red-head. To her girls, Gretchen was fiercely independent and a true source of stability; to her friends and co-workers she was quick-witted and loyal. She was a lover of books, watercolors, teapots and gardens. She shared a love of the arts which will remain with her loved ones forever. An open memorial service will be held on Saturday, October 18th, at 2 p.m. at Porter Funeral Home in Jamestown, IN. Instead of flowers, donations may be made to St. Vincent Hospice at https://give.stvincent.org/donates or to ASPCA of Indiana at http://www.aspca.org/donate