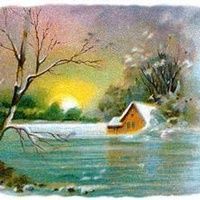 Harold E Porter, 90 years old of Danville, IN, passed away Saturday, October 11, 2014 in ManorCare Prestwick. He was born December 4, 1923 in Mont Clair, IN, son of the late Charles O. and Katie (Day) Porter. Harold married Esther Mattie Engle on May 12, 1951 in Chicago, IL. She preceded him in death. He served his country in the US Army during World War II, serving in the European Theater. Surviving are his daughter, Jackie Reyman, sister, Doris Harlan, brother, Loris William “Bill” Porter, grandchildren, Kerry Reyman and Jessica Reyman and several nieces and nephews. In addition to his wife he was preceded in death by his brother, Walter G. “Buster” Porter. Family and friends will gather Thursday, October 16, 2014, 10:00 a.m.-12:00 p.m. at the Porter Funeral Home, North Salem, Indiana. Services will follow at the funeral home, at 12:00 p.m. Harold will be laid to rest in the Lizton K of P Cemetery. You may visit our website, www.porterfuneralhome.us, to sign his online register and leave a personal message.