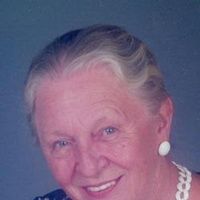 Mrs. Hilde M. Blake, 89, of Jamestown, passed away July 29, 2015, at the Avon Health and Rehabilitation Center. Hilde was born Nov. 27, 1925 in Dusseldorf, Germany, a daughter of the late Franz Josef and Frieda Katharina (Mensmer) Schneiders. She was married to Paul Blake. He preceded her in death. During WWII Hilde lived in Germany and worked with the resistance against Adolf Hitler. She then moved to the United States where she was an interpreter for Eli Lilly for 27 years. Hilde’s many past time activites included creating stain glass lamps, cooking, gardening, painting, crocheting and preparing meals for nursing home patients. She was a member of St. Mary’s Catholic Church in Danville, IN. Survivors include her children: Josef Couch of Quincy, IN, Leonard (Dana) Couch of Jamestown, David (Susan) Groover of Lizton and Michael (Joni) Groover of Brownsburg; six grandchildren: Sam Couch, Cathy Calderwood, David Couch, Chad Groover, Zachary Groover, and Katelyn Groover-Young; seven great grandchildren: Cameron Calderwood, Cassidy Calderwood, Colton Couch, Savannah Couch, Joseph Groover, Eli Groover, and Oliver Young; two sisters: Gisela (Dieter) Paulus and Christa Landen. She was preceded in death by her parents, husband, and grandson Bryan Couch. Family and friends will gather Saturday, Aug 1, 2015 for visitation from 10 a.m. until time of services at 1 p.m. in the Porter Funeral Home in Jamestown, IN. Hilde will be laid to rest at K of P Cemetery in Lizton, IN. You are invited to visit the website www.porterfuneralhome.us where you may sign her online register and leave a personal message. Memorial contributions may be made to Heart to Heart Hospice, 252 Medaow Dr., Suite 6, Danville, IN 46122