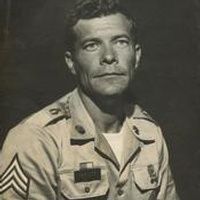 Jack A. Triplett, a resident of Crawfordsville, passed away Thursday, January 16, 2014 at home. He was born August 7, 1943 in Crawfordsville. He was the son of Homer Triplett and Viola Middleton and step-son of Ernest Skaggs. He attended school at Granville Wells. He was a brick layer for 47 years. Jack belonged to the International Union of Brick Layers and Allied Craftsman. He was a member of the Eagles of Lebanon, the Lebanon American Legion and the Jamestown Christian Church. He served 21 years and 14 days in the military. Jack enjoyed NASCAR and fishing and was a Pacer fan. He married Jan Brown on March 27, 1982. She survives. In addition to his wife, he is survived by 2 sisters, Judy Coyle of Pittsboro and Sharon Klas of Plainfield, 2 children, Brian (Jenny) Veach and Christina (Wes) Council, both of Crawfordsville, 9 grandchildren and 4 great-grandchildren. He was preceded in death by his parents and 3 grandchildren. Family and friends will gather Monday, January 20, 2014, 10:00 a.m.-2:00 p.m. at the Porter Funeral Home, Jamestown, IN with CSM John Osborne and son, Brian Veach officiating. Service will follow at 2:00 p.m. at the funeral home. Jack will be laid to rest in Fairview Cemetery with full military honors. Online condolences may be made at www.porterfuneralhome.us