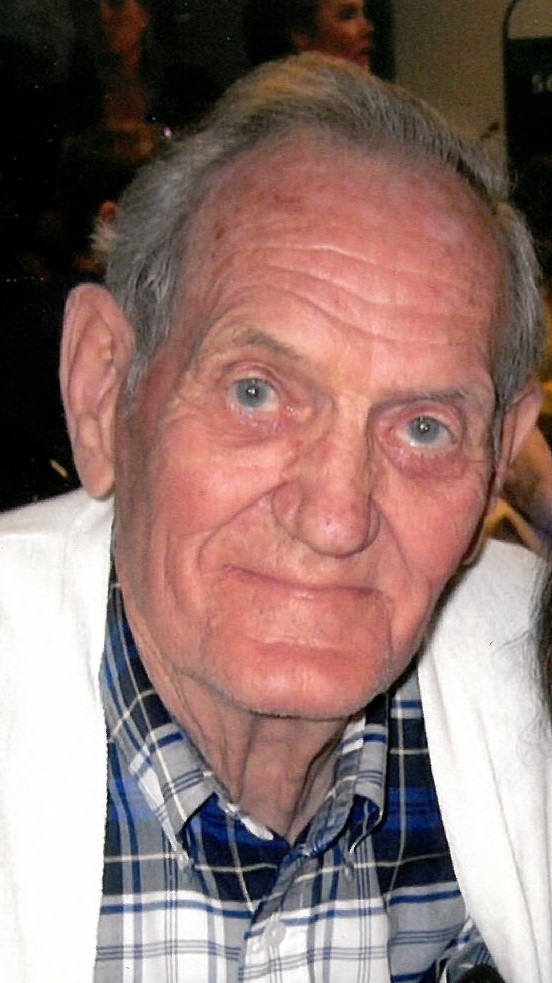 James A. McMath, passed away peacefully on June 10th, 2022 He is preceded in death by his parents Griffin and Nellie McMath, son Thomas and wife Betty.

James was born in Racine, Wisconsin in 1928. Later his family moved to Indianapolis where he graduated from Shortridge High School. He continued his education and training following his service in the Naval Reserve and entered an apprenticeship program where he became a licensed electrician. He has been a member of the International Brotherhood of Electrical Workers and Local 481 since 1953. Jim, as his friends called him, was foreman and general foreman on many large construction sites throughout Indiana.

After retiring from the electrical trade, he opened Concept Solar, one of the first solar companies in Indianapolis. He learned from his dad the land development process and he enjoyed land development in Johnson and Marion County. From his mother, he also learned the art of oil painting and began to paint primarily landscapes in his retirement. He loved hunting, fishing and walking his beloved dog, Sam around Sara Court, Pigeon Forge and Ft Myers. Jim was known to be able to fix or build almost anything. In the 60’s, he built the family cabin and later created a lake and the bridge to the cabin in Morgan County.

Donations may be made in lieu of flowers to American Macular Degeneration Foundation.

Family and friends will gather on Wednesday, June 15, 2022 for visitation from 12pm until the time of the funeral service at 1pm, at Wilson St. Pierre Funeral Service and Crematory, 481 W. Main St. Greenwood, IN 46142. Interment at Greenwood Cemetery will immediately follow the funeral service.