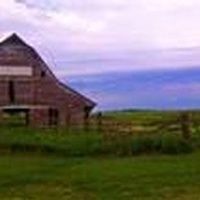 James Thomas Hayes, Jr., 71 years old of Ladoga, IN, passed away Friday, March 6, 2015 at Witham Memorial Hospital, Lebanon. He was born February 20, 1944 in Vincennes, IN, son of the late James T. and Lillian M. Hayes. James married Virginia Sue Hayes on July 31, 1987. She survives. He raised show pigeons. He loved spending time with his family. In addition to his wife he is survived by his daughters, Nancy (Avery) Conkright of Tennessee, Lisa (Doug) Bowersox of Tennessee, Mary Ann (Greg) Gillis of Lafayette, sons, Jerry Conkright of Veedersburg, Jason (Lisa) Woodcock of Ladoga. Also surviving are children from previous marriages, daughter, Melody Mills of Brownsburg, Rick Hayes of Indianapolis, Steve Hayes of Greenwood and Kevin Hayes of West Virginia. In addition there are several grandchildren and 3 great-grandchildren. Family and friends will gather Tuesday, March 10, 2015, 4:00-8:00 p.m. at the Porter Funeral Home, Jamestown, Indiana. Service will be held at the funeral home, Wednesday, March 11, 11:00 a.m. with Rev. Scott Ailes officiating. James will be laid to rest in the Pisgah Cemetery. You may visit our website, www.porterfuneralhome.us, to sign his online register and leave a personal message.