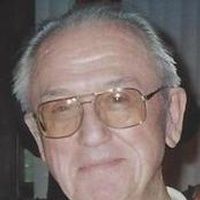 James “Jim” C Iverson, 88 years old of Crawfordsville, IN, died Saturday, March 2, 2013 in Bickford Cottage. He was born September 4, 1924 in Indianapolis, IN, son of the late William and Marie Vetter Iverson. He was in the first graduating class from Howe High School in Indianapolis in 1942. He served in the US Army during World War II as a Medical Technician in the 1276th Engineer Combat Battalion. In 1947 he moved to Jamestown after his service in WWII. He married Helen Westermeyer on October 13, 1949. Jim and Helen lived in Jamestown until moving to Bickford Cottage Assisted Living in Crawfordsville in 2004. Helen preceded him in death two weeks after celebrating their 60th wedding anniversary. His family owned Citizen’s State Bank in Jamestown where he worked until it was sold. He then went to work for Farmer’s State Bank in New Ross where he worked from 1970 until his retirement in 1986. He also worked as a bookkeeper for the family business, Iverson Model Tire Company which was located in downtown Indianapolis He was a member of Jamestown American Legion, Past Chief of Jamestown Volunteer Fire Department, Past Jamestown Deputy Town Marshal, Tomahawk Hills Golf Club and Christ Lutheran Church, Crawfordsville. Surviving are daughters, Jamie (Ralph) Dodson of Jamestown and Marcia (David) Shaw of Waveland, son, Eric Iverson of Indianapolis, 5 grandchildren, 6 great-grandchildren and his Bickford Cottage family. He was preceded in death by his brother Robert Iverson and sisters, Velma Neal and Marjorie Stafford. Family and friends will gather Thursday, March 7, 2013, 4:00-8:00 p.m. at the Porter Funeral Home, Jamestown, Indiana. Services will be held at the funeral home, Friday, March 8, 2013 at 10:00 a.m. with Alan Goff officiating. Burial will follow in the Jamestown I.O.O.F. Cemetery. Online condolences may be made at www.porterfuneralhome.us