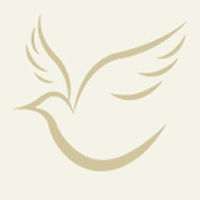 Larry Joe Smith, 71 years old of North Salem, IN, passed away October 16, 2015 at his residence in North Salem. He was born December 2, 1943 in Tipton, IN, a son of the late Oral Ray and Ruby Mildred (Spann) Smith. He married Patricia Kay Sutton in Noblesville, IN on August 20, 1966 and were married 49 years. Larry Joe graduated from Clinton Central High School and then from Indiana Central College. He served in the Army Reserves from May 1967 to December 1971 as a vehicle wheel repairman. Larry then worked as the Deputy Administrator of the Returns Processing Center for the State of Indiana. He was a member of the Emmanuel Baptist Church in North Salem. He loved food and enjoyed cooking over the open fire with his dutch ovens. He participated in rendezvous reenactments with his tepee and period clothing with his family and grandkids. Larry enjoyed gardening, woodworking and farming. He had a fascination with buffalo. He was loved as a husband, father, Grampy, brother and uncle. Surviving are his children Dustin Joe (spouse, Allison) Smith of Pocahontas, IL, Gina Suzanne (spouse, Scott) Silverthorn of Cutler, IN, and Anita Kay (spouse, Mark) Hall of Murphysboro, IL; his siblings Karen Wilmoth of Michigan, Janet Hardin of Florida, and Ed Smith of Florida; and his eight grandchildren. Family and friends will gather Sunday, October 18, 2015 for visitation from 4 p.m. until 6 p.m. and services will be held on Monday, October 19, 2015 at 10:30 a.m. with the Pastor Dan Cline officiating at the Emmanuel Baptist Church in North Salem. Larry will be laid to rest in the St. Paul Cemetery in Russiaville. You may visit our website, www.porterfuneralhome.us, to sign his online register and leave a personal message. In lieu of flowers, memorial contributions may be made to the Emmanuel Baptist Church, 8350 State Road 236, North Salem, IN 46165