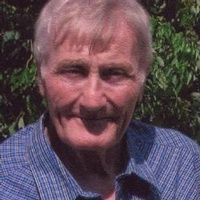 Lloyd G Wright, 82 of Jamestown, IN, passed away Thursday, August 11, 2016 in Witham Memorial Hospital. He was born December 19, 1933 in Boone County, IN, son of Basil and Gladys (Groves) Wright. On August 13, 1960, he married Joyce White. She preceded him in death on May 28, 2008. Lloyd graduated from Dover High School and entered the US Army. He worked in construction for over 50 years, working for Dawson Construction in Crawfordsville and Thrine Construction in Thorntown. He enjoyed sports, watching Fox News, fishing, boating, water skiing and attending country concerts. He is survived by his daughter, Debbie (Bill) Wathen of Crawfordsville, sons, Daniel Wright and Gregory Wright both of Jamestown, grandchildren, Travis, Tristin, Trevor, Justin, and Chris Wright, Jessica (Ben) Strong, Sarah Wathen, and Hannah Wathen, great-grandchildren, Audrey Wright and Ava Grace Strong and sisters, Wilma Revell of Lebanon and Norma (Charles) Rasmuson of Albuquerque, NM,. In addition to his wife, he was preceded in death by his brother, Allen LaVerne (Jerry) Wright. Family and friends will gather Sunday, August 14, 2016, 2:00-5:00 p.m. at the Porter Funeral Home, Jamestown, Indiana. Services will be held at the funeral home, Monday, August 15, 2016 at 10:00 a.m. with Rev. Bruce White officiating. Lloyd will be laid to rest in the Old Union Cemetery. Online condolences may be made at porterfuneralhome.us.