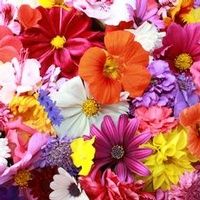 Marlene M. Miller of Crawfordsville, IN passed away April 15, 2016 in Crawfordsville. Mrs. Miller was born in Catlin, IN to Parke and Bertha Neet on August 29, 1923. On September 3, 1948, she married Gene R. Miller in Zionsville, IN by his Army chaplain. Mr. Miller survives. Marlene is survived by her sister-in-law, Patricia (Porter) Neet, nephew, Brad (Kelli) Neet and family and niece, Debbie (Kevin) West and family. She was preceded in death by her brother, Duane R Neet. She graduated from Jamestown High School in 1941. She was a musician and, while a junior in high school, she became a member of a 13-piece all girl dance band by the name of The Freddie Shaffer Band. The band played dance engagements around the state for organizations on weekends until the girls graduated from high school. After graduation the band was booked for a USO tour during World War II at which time the name was changed to The Victory Sweethearts. The band played for 150 Army, Air Force, Navy and Marine bases and for service men and women in hospitals for the wounded all over the United States. After the USO tour, venues for the band included movie theater stage shows, ballrooms, dinner theaters and beach resorts throughout the country. Her instruments included lead saxophone, clarinet and specialty numbers on piano. Her memberships included the Jamestown Christian Church and the International Association of R. S. Prussia Collectors which she and her husband helped organize in 1985. Cremation was chosen and there will be no visitation. Arrangements were entrusted to Porter Funeral Home, Jamestown, IN. A private family memorial will be held at a later date. In lieu of flowers, donations may be made to the charity of the donor’s choice or to the Animal Welfare League of Montgomery County, 1104 Big Four Arch Rd., Crawfordsville, IN 47933 or the Jamestown Christian Church, PO Box 147, Jamestown, IN 46147. You’re invited to visit the website, www.porterfuneralhome.us, where you may sign her online register and leave a personal message.