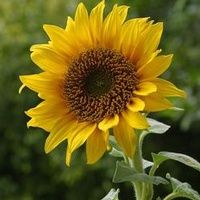 Martha A Robinson, 87 of Avon, IN, passed away Thursday, December 22, 2016 at Hendricks Regional Health. She was born November 16, 1929 in Wabash County, IL, daughter of the late Charles and Gertrude (Armstrong) Corrie. She was a member of the Jamestown United Methodist Church. Martha is survived by her sons, Don Robinson, Larry Robinson and Ronnie Robinson, grandchildren, Jill, Deidra, Corrie, Casey, Amelia and Bobby, 8 great-grandchildren, several nieces and nephews sister, Miriam Seibert. She was preceded in death by her husband, Robert C. Robinson, infant daughter, Connie Robinson and brother, Bob Corrie. Family and friends will gather Thursday, December 29, 2016 from 5:00 p.m. until time of service at 7:00 p.m. at the Porter Funeral Home, Jamestown, Indiana. A visitation will be held at the Wabash Presbyterian Church in Allendale, IL on Friday, December 30, from 1:00 p.m until time of service at 2:00 p.m. Martha will be laid to rest at the Wabash Presbyterian Cemetery following Friday’s service. Online condolences may be made at www.porterfuneralhome.us