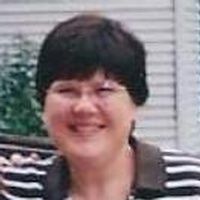 Mary A. Williams-Olson, 43 of Baton Rouge, LA formerly of Advance, IN, died unexpectedly on September 25, 2010 in Baton Rouge, LA. Mary was born on October 28, 1966 in Lebanon to McCoy and Roberta (Riggins) Williams of Carbon, IN. She graduated from Western Boone High School in 1985 and Vincennes University in 1988. Mary loved working with the disabled and worked for Houston Group homes for several years. She was a life long member of the Advance Community Christian Church. Mary married Douglas Olson on December 31, 1994 in Starkville, MS. While living in Starkville she worked with the disabled making candles. Mary and Doug later moved to Philadelphia, PA, where she was very active in Homeward Bound Boxer Rescue. Mary leaves behind her husband Doug of Baton Rouge, LA, father, McCoy Williams and step-mother, Diane of Carbon, IN, sisters, Debbie (Bobby) Herron and Kim (Don) Crawford, all of Advance, IN step-sister, Maria Green of Carbon, IN, step-brother, Paul Green of IN, nieces, Deanna Howard of Advance, IN, Brittany Crawford of Ft. Knox, KY, nephews, Eric Crawford of Avon, IN, Brad Crawford and Tyler Howard, both of Advance, IN, and uncles, John Riggins of Venice, FL, and Cletus Williams of Ft. Wayne, IN. Preceding her in death is her mother, Roberta Williams, maternal grandparents, Gladys and Robert Riggins, Paternal grandparents, Lloyd and Manerva Williams. Friends will be received Sunday, October 3, 2:00-6:00 p.m. at the Porter Funeral Home, Jamestown, IN Services will be held at Porter Funeral Home, Monday, October 4, 2010 at 1:00 p.m. with Tab Greenlee officiating. Interment will follow in the Shannondale Cemetery, Shannondale, Indiana. Online condolences may be made at www.robertporterfuneralhome.com