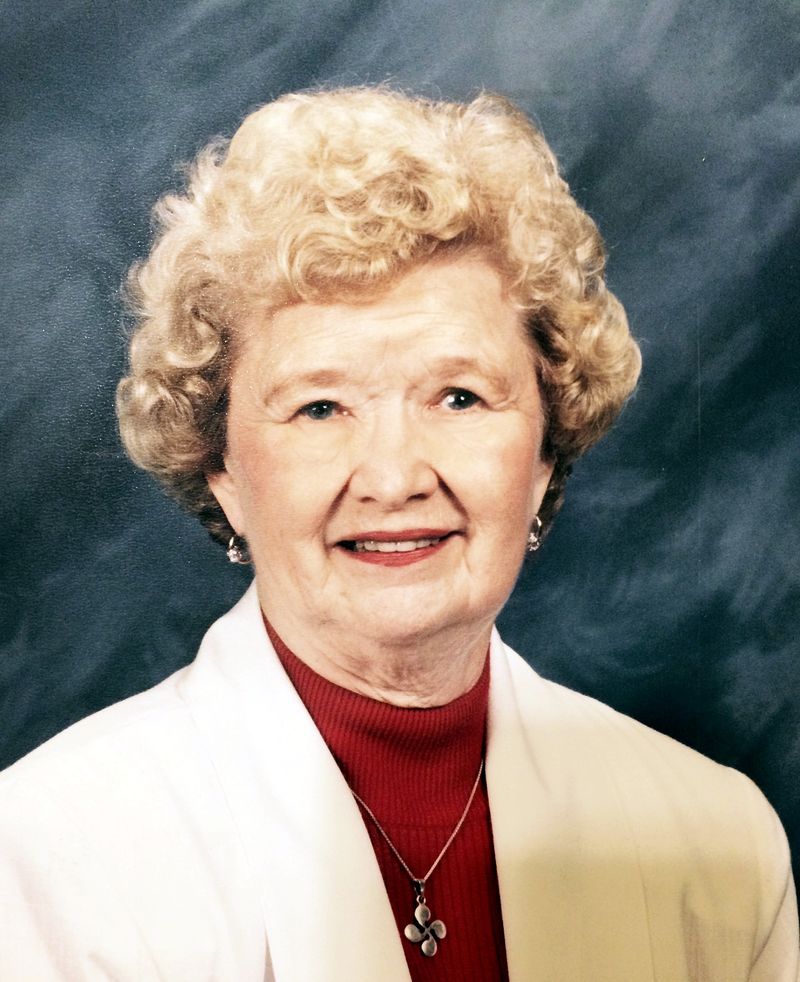 Mary Frances Padgett Myers,
88, of Greenwood, passed away on Monday, June 15, 2015. She was born on September 7, 1926 in Terhune, Indiana to the late Willard and Beulah Padgett. She was preceded in death by her husband of 40 years, W. D. (Fred) Myers, who passed away in 1994.
Mary was retired from American Fletcher National Bank (Later Bank One then Chase) where her years of branch work allowed her to exercise her greatest gift of never having met a stranger, socializing with all and knowing personally every customer that walked through the door. Following retirement, she was an active volunteer at Community Hospital and the Indiana State Museum. She was also active and enjoyed greatly the fellowship of the Red Hat Society.
Mary was a long time active member of Good Shepherd United Methodist Church. She was involved in many activities of the church over the years and particuly cherished the “Gadget Band” that brought entertainment and enjoyment to so many.
Mary and Fred enjoyed travelling over the years and were able to see places all around the country. She continued to travel for years after Fred’s passing as her health permitted.
Her greatest love was her family. Mary is survived by her brother James (Barbara) Padgett, her son Gary (Marla) Myers, and daughter Debbie (Max) Showers. She is also survived by grandchildren Brad Showers, Jared Showers, Jenna Showers, Jonathan Myers, Jason Myers, Kathryn Myers Bingham, and 7 great-grandchildren.
A funeral service will be conducted 11:00 A.M. Friday at Wilson St. Pierre Funeral Service, Stirling-Gerber Chapel 5950 E. Thompson Rd., Indianapolis. Visitation will be held Thursday from 4:00 – 8:00 P.M. at the funeral home. Entombment will be at Washington Park East Cemetery.
In lieu of flowers memorial contributions may be made to the American Heart Association or Good Shepherd United Methodist Church.