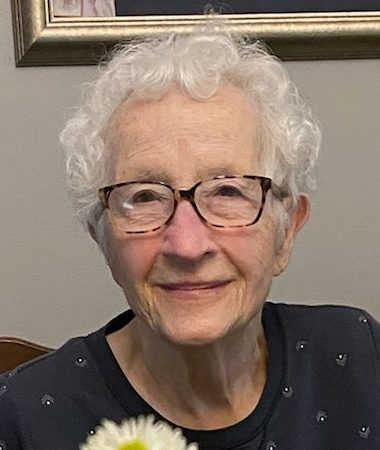 Mary Lee Throesch, 90, of Anderson, formerly of Pocahontas, Arkansas, passed away on May 28, 2022 at Community Hospital in Anderson, IN following a brief illness. She was born on October 1, 1931 in Corning, AR to the late Omer and Nellie (Strobel) Arnold. Mary was a homemaker and drove a school bus for 15 years. She loved to play cards, hated to miss an episode of “Young and the Restless,” loved ice cream and started each day with a Honey Bun.

Mary always called and sang “Happy Birthday” to all of her kids, grandkids and great grandchildren. She enjoyed “Spacebook” (aka Facebook), putting puzzles together, a good Chinese buffet and the Weather channel.

Services will be Saturday, June 11th at 11am at St. John’s Church in Pocahontas, AR. Burial to follow at the cemetery.