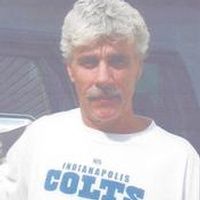 Michael E Long, 54 years old of Jamestown, IN, died Sunday, April 7, 2013 in St Vincent Hospital. He was born February 28, 1959 in Lebanon, IN, son of the Darol Long and Mary Jane Wethington Schooler. Michael married Melanie Barrett. She survives He loved to fish and was a sports enthusiast. In addition to his mother, Mary Jane and his wife, Melanie, surviving are daughters, Dana Long and Haley Long, son, Steven Long, brothers, Jim Long and Kenny Long, and sister, Angie Long. He was preceded in death by his father, Darol Long. Friends will be received Wednesday, April 10, 4:00-8:00 p.m. at the Porter Funeral Home, Jamestown, Indiana. Services will be held at the funeral home, Thursday, April 11, 2013 at 10:30 a.m. Interment will follow in the Jamestown I.O.O.F. Cemetery. Online condolences may be made at www.porterfuneralhome.us