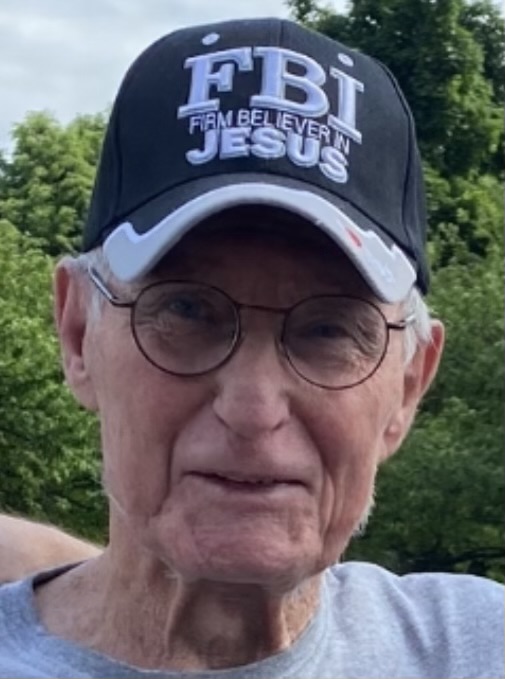 Ronald Hastings Miller was born June 24, 1940, in Blanche, Kentucky to the late William and Rebecca Miller. He was the seventh born of seven children.

Ronald was saved in an encounter with the Lord Jesus Christ in 2015 where he experienced death through an aorta eruption resulting in his Christian faith. He was miraculously brought back and lived to tell about the Lord to anyone who would listen until his death on May 3rd, 2022 at 11:11 PM EST.

Ronald last resided in Whitestown, Indiana with his daughter and son-in- law, Shannon, and Jason Suttles.  He is survived by his daughter listed above, his two sons Lonnie (Cloe) and Stacey Miller, his grandsons Mark Burgett, Joseph Miller, and Cameron Miller, his granddaughter Anne Whaley, and his great granddaughter, Layla Schlegel. Special friends include: Tim, Tony, Marlana, Jesse and Destiny. He loved all of his children, grandchildren, and friends immensely, and expressed his love continually to them. He is preceded in death by his many wonderful brothers and sisters and his parents.

He served in the United States Army and had the privilege to box during his service. He was an avid marathon runner, bicyclist, sports enthusiast, and he loved to fish in his spare time. He was also a little league and football coach of which he expressed were some of his favorite times in his life. He was an accomplished Foreman for Ironworkers Local Union 22 in Indianapolis, IN before his retirement. The amazing stories he shared about his military, coaching and work career with his friends and family throughout the years, will live on in his memory through those who love him.

We were very blessed to see God bring Ron’s life full circle before his death.  He was able to receive all the closure he needed to choose to let go of this life, and transition to paradise. He died peacefully in his home with his family surrounding him.

Visitation Services will begin at 11:00 AM EST on May 10th and continue until 1:00 PM EST at which time the family will host a formal celebration of his life in his honor. We are asking attendees (who are able to) to wear your favorite sports team memorabilia in his honor. The services will be hosted at Simplicity Funeral and Cremation Care, 125 West Sycamore St. in Zionsville IN 46077.