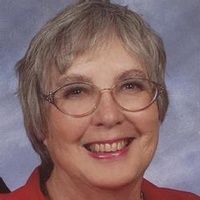 Myrna “Samme” Lee Sweeney, 82, of Plainfield, IN, passed away Monday, September 5, 2016 in Hendricks Regional Health. She was born January 22, 1934 in Montpelier, IN, daughter of the late Paul E. and Jipsy D. (Minniear) Wilson and graduated high school from Richmond, IN. Samme was a member of North Salem United Methodist Church. She enjoyed reading, gardening, flowers, animals and bird watching. She is survived by her sons, Bryan Sweeney of Plainfield and Scott (Kim) Sweeney of Avon; daughter, Erin (Steven) Trujillo of Santa Fe, NM; cousin, Bob Wilson of San Francisco, CA; grandchildren, Brock Sweeney, Ashley (Kyle) McCaslin, Tommy Holmes and Austin Sweeney; and great-grandchildren, Chloe & Paige McCaslin. Family and friends will gather Thursday, September 8, 2016, 4:00-7:00 p.m. at the Porter Funeral Home, North Salem, Indiana. Services will be held at the funeral home, Friday, September 9, 2016 at 10:00 a.m. Samme will be laid to rest in the Fairview Cemetery, North Salem, IN. Online condolences may be made at www.porterfuneralhome.us.