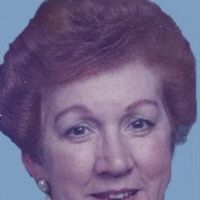 Mrs. Naomi E Fowler, 80, of Jamestown, IN, passed away Sunday, January 17, 2016 at Avon Health and Rehab Center. She was born March 22, 1935 in Morgan County, IN, daughter of the late Harley and Ruby (Brush) Bales. She married Robert “Bob” Allen Fowler in Martinsville in 1953. He survives Naomi graduated from Martinsville High School in 1953. She enjoyed her family, reading and journaling, growing flowers and cooking. She looked forward to feeding the humming birds. Naomi, a 16 year resident of Danville, was active in the Northview Christian Church as a Sunday School teacher and leader of the Women’s Christian Fellowship. After relocating to Jamestown in 1994, she became a member of the Jamestown Christian Church. In addition to her husband of 62 years, Robert “Bob” Fowler, she is survived by daughters, Judy (Justin) Dorsey of Danville and Linda (Mark) Fowler-Kays of Angola, sons, Jim (Debra) Fowler of Greenville, NC and Mike (Mark) Fowler of Whitestown, 9 grandchildren, 15 great-grandchildren and sisters, Mary Louise Spicer of Morgantown and Elizabeth “Tib” (Jim) Templeton of Holland, MI. She was preceded in death by 1 brother and 1 sister. Family and friends will gather Tuesday, January 19, 2016, 11:00 a.m.-1:00 p.m. at the Jamestown Christian Church. The service will be held immediately following at 1:00 p.m. with Rev. Bob Yount officiating. Naomi will be laid to rest in the Jamestown I.O.O.F. Cemetery. Memorial contributions may be made to the Alzheimer’s Association, 50 E. 91st St. Suite 100, Indianapolis, IN 46240 or online at alz.org. You may visit our website, www.porterfuneralhome.us, to sign her online register and leave a personal message.