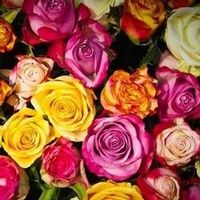 Peggy A Booker-Headrick, 80 of Roachdale, IN, passed away Saturday, February 25, 2017 in Danville Regional Rehab. She was born November 7, 1936 in Indianapolis, IN, daughter of the late Ralph and Mary (Mitchell) Wilson. Peggy and her husband were the owners of the Red Dog in North Salem from 1963-1995. After the Red Dog, she worked for Walmart in Brownsburg for 15 years. She is survived by her son, Gary Allen Booker of Roachdale and several nieces, nephews and cousins. She was preceded in death by husbands, Donald Booker, Sr. and Albert Headrick and son, Donald Booker, Jr. Family and friends will gather Saturday, March 4, 2017, 10:00 a.m. until time of service at 12:00 p.m. at the Porter Funeral Home, North Salem, Indiana. Peggy will be laid to rest in the Roachdale Cemetery, Roachdale, IN. Online condolences may be made at www.porterfuneralhome.us