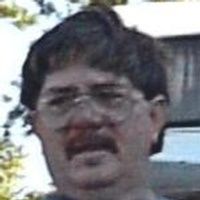 Richard Eugene Morford, 57 years old of New Ross, IN, died Friday, January 7, 2011 in St. Elizabeth East Hospital. He was born July 21, 1953 in Indianapolis, IN, son of Richard Alvin and Cathleen Reynolds Morford George. He married Susan Marie Prosser on June 26, 1976. She survives. He worked as a thermo forming technician for Sealed Air, Inc. Surviving are his wife, Susan Morford, mother Cathleen George of Indianapolis, daughters, Brandy Monday of Indianapolis, and Christine Morford of Greencastle, son, Richard Morford, Jr. of New Ross, brother, Dennis Morford of New Whiteland, sister, Melody Petrino of Indianapolis, 7 grandchildren and 3 step-grandchildren. He was preceded in death by his father, Richard Morford. Friends will be received Wednesday, January 12, 4:00-8:00 p.m. at the Porter Funeral Home, Jamestown, Indiana. Services will be held at Porter Funeral Home, Thursday, January 13, 2011 at 2:00 p.m. Interment will follow in the New Ross Cemetery. Online condolences may be made at www.robertporterfuneralhome.com