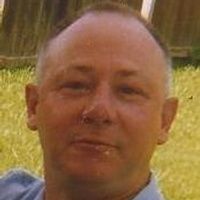 Richard “Rick” Joe England, 60 years old of Jamestown, IN, passed away Thursday, August 8, 2013. He was born April 2, 1953 in Lebanon, IN, son of Dwight England and Margaret Chapman Miller. Rick married Allanna “Lonnie” Marie Linder Lucas England on April 2, 1976. She survives. He was self-employed as a carpenter. He retired as a paramedic from Witham Hospital in 1998. He was a firefighter for Jamestown and a member of the American Legion in Jamestown. In addition to his wife and mother, surviving are step-daughter, Anna Marie (Harvey) Rood of Crawfordsville, son, Joseph England of Jamestown, sister, Patty Smith of Louisiana, half-sister, Marla Cahill of Kentucky, brother, David England of South Carolina and grandchildren, William, Noah & Chase Rood. He was preceded in death by his father, brother, Jeff England and grandchildren, Danyel and Cody Rood. Family and friends will gather Monday, August 12, 2013, 4:00-8:00 p.m. at the Porter Funeral Home, Jamestown, Indiana. Services will be held at the funeral home, Tuesday, August 13, at 1:00 p.m. with Ronnie Romans officiating. Burial will follow in the Jamestown I.O.O.F. Cemetery. Online condolences may be made at www.porterfuneralhome.us