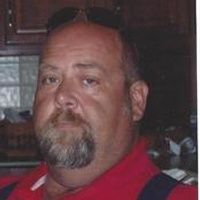 Roger L. Routh, 47, of New Ross died Friday, May 18, 2012, at IU Health Methodist Hospital in Indianapolis after a seven-month illness. He was born on March 27, 1965, at Crawfordsville, Indiana. He is the son of Patricia (Arnold) Dunse, New Ross, and James (Sandy) Routh of New Ross, and the grandson of Francis Routh, New Ross. He is survived by his parents and paternal grandmother; daughter, Mikayla Breann Routh of Avon; sister, Kimberly (David) Needham of Avon; nieces Delaney and Kaitlyn Needham of Avon; and stepbrothers, David Dunse and Scott Dunse, of Indianapolis, and Matt Bowen of New Ross. He was preceded in death by his maternal grandparents, Willis and Pauline Hubert, and paternal grandfather, Robert Routh, all of New Ross. He was the fire chief of Walnut Twp. Fire Department, where he had been a member since 2004. He was involved in the fire service for the past 28 years. He was currently employed by the Marion County Health Department, where he was manager of emergency management. He was previously employed in the heating and air conditioning business and had been employed at RR Donnelley & Sons in the maintenance department for several years. He was a 1983 graduate of Southmont High School and later earned a bachelor’s degree in safety engineering. He held certifications in OSHA 501 Industrial Instructor; First and Second Class Firefighter for the State of Indiana; Master Firefighter in Strategy and Tactics, Fire Service Management, Fire Prevention/Inspection, Instruction, and Aircraft Crash and Rescue; and numerous other fire and EMS certifications. He was also a prior State of Indiana building inspector, National Firefighter instructor, and a National Hazardous Materials responder. He was a prior member of Wayne Township Fire Department in Indianapolis, where he was a firefighter/EMT, and served as the district chief and was an executive board director. He had also been a firefighter and EMT with Ladoga Fire Department and served as Chief Deputy Marshal for the Town of Ladoga. Visitation will be held 3:00-9:00 p.m. Sunday, May 20, 2012 at the Walnut Twp. Fire Department in New Ross. Funeral services will be conducted Monday, May 21, at 11:00 a.m. at the Walnut Twp. Fire Department with Department Chaplain Pastor Rodger Ward of Mace/New Ross Methodist Church and Fire Chaplain Charles Baker of Wayne Township Fire Department presiding. Burial will be at New Ross Cemetery. In lieu of flowers, donations may be made to daughter, Mikayla B. Routh or the Walnut Twp. Fire Department, c/o Hoosier Heartland State Bank, P.O. Box 188, New Ross, Indiana, 47968. Online condolences may be made at www.porterfuneralhome.us