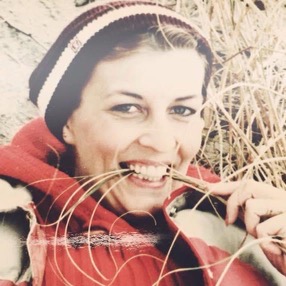 Sandra Kay “Bop” Gootee (Myers) passed away on May 8th, 2022, Mother’s Day, at the young age of 77. Her entire life was a production so for her to leave us on Mother’s Day was almost too poetic. Sandy completed a lot in her life, so buckle up, folks.

She began her life on stage at a young age and continued to wow audiences throughout her life. From acting in plays at Franklin Central high school to becoming a founding member of troupes such as the Buck Creek Players and Our Town Players, she was able to live out her passion for the stage. Her comedic timing, quick wit, and captivating smile were always appreciated. She was beautiful, off-beat, and perfect.

Her work continued to other major venues around the city including Clowes Hall, Footlite Musicals, and the Indiana Repertory Theater. She also helped behind the scenes and became a prominent director throughout Indianapolis and beyond. Some of her work also included freelancing as a makeup artist for many commercials and tv shows. Sandy always had a way of helping people look and feel their best whether it be with their looks or inspiring confidence, and her presence on this plane will be truly missed.

Her greatest production though came in the form of her family. She curated quite the cast (six kids, nine grandkids, and four great grandchildren) and even brought in outside actors in the form of co-workers, friends, and sub-siblings to create the perfect ensemble. Whether in the theater or in the home, you were welcomed on the Gootee stage and in her heart.