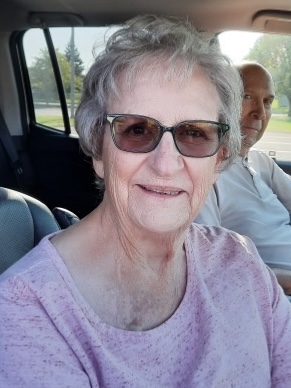 Shirley Ann Layne, aged 78, beloved wife, mother, grandmother, and indomitable spirit departed peacefully on January 18, 2023. She spent her final days at home in the care of her loving family. Shirley was born on September 11, 1944 in Jeffersonville, IN to Lester and Esther Hawkins. She received her Bachelor of Arts from Eastern Kentucky University in 1968. On November 27th, 1973 she married Thomas Layne of Beech Grove in Indianapolis.

She is preceded in death by her mother, Esther, and father, Lester, her brother David, and sister Norma.

A funeral service will be held on Saturday January 21st at Wilson St. Pierre Funeral Home at 481 West Main Street, Greenwood, IN, 46142 at 11 AM. Public visitation will be held for the two hours prior.

You are invited to read Shirley’s obituary at www.stpierrefamilyfuneral.com where you may sign the guest book and leave a personal message for the family.