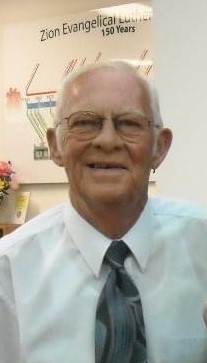 Thomas Martin Finchum, 85, Indianapolis, IN passed away on June 10, 2022. Tom was born to Chalmus James and Thelma Caviness Finchum. Tom was married to the late Deloris Finchum. He also was preceded in death by his parents and first wife, Barbara Finchum. Tom was employed for many years at Indianapolis Water Company (Citizens Energy) and retired as supervisor of the fleet of company vehicles. Tom was a member of Zion Lutheran Church in New Palestine, IN.

Services will be held at 12:00 noon on Thursday, June 16th at Singleton & St. Pierre Funeral Home, 7602 Madison Avenue, Indianapolis, IN. Visitation will be held from 10:00 AM to 12:00 noon on Thursday as well. Memorial contributions may be given to Zion Lutheran School Scholarship Fund (6513 W. 300 S, New Palestine, IN 46163) or Lutheran High School Athletic Department (5555 S. Arlington Avenue, Indianapolis, IN 46237). Online condolences may be offered to the family at www.stpierrefamilyfuneral.com