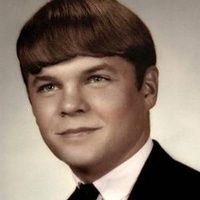 Thomas Verne Walton, 66 Tom Walton, of Lafayette, passed away October 15th at Our Hospice in Columbus, IN. He was born in Lebanon on September 20, 1950. He grew up in Hendricks County with a love of the land – milking cows and helping his Grandpa on the farm were his favorite childhood memories. Always a hard worker, he traveled the country as a semi-truck driver, farmed for the Standiford family, worked for years at Fields on his beloved John Deere equipment, drove a concrete truck while living in Arizona & Nevada, and was so proud of his later work operating Ed Purdy’s farm. He poured all of his love into his daughter Lora and helped her compete in 4-H with show steers and livestock. He was fiercely competitive, but also saw livestock as a way to pass down his Indiana values to his daughter. He remained very close to her and later became a proud father-in-law and grandfather. He was preceded in death by his father Bill Walton and is survived by his mother Alice (Thompson) Walton, sister Cindy (Walton) Brazzel, daughter Lora (Walton) Brumett, son-in-law Shaun Brumett, and granddaughters Stella & Eleanor Brumett. Family and friends will gather Thursday, October 20, 2016, 1:00 p.m. until time of service at 2:00 p.m. at the Porter Funeral Home, North Salem, IN. Tom will be laid to rest in the Fairview Cemetery. Online condolences may be made at www.porterfuneralhome.us