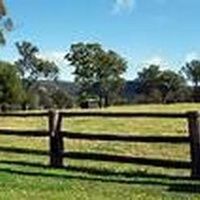 Virgil R. Benge, 67, of New Ross, passed away on Monday, Feb. 2, 2015 at Methodist Hospital. Born April 13, 1947, he was the son of Henry H. and Hazel (Maddox) Benge. Virgil served in the United States Armed Forces from June 21, 1966 to June 20, 1968. He worked over 40 years at R. R. Donnelley’s. He was a strong provider, a great Dad and Pappaw and a wonderful brother, son and uncle. He was a kind, generous, loving person with a big heart of gold. He is dearly loved and will be missed beyond words. He was married to Sherry Farley in 1965. They had four children: Samuel Travis (Karen) of Crawfordsville, Sarah of New Ross, Sally (Lee) of Tennessee and Steven Tyler, who is deceased, 8 grandchildren, 3 great-grandchildren. He is also survived by brothers, James Benge (Marge) and Donald Benge (Brenda) both of Crawfordsville, and sisters, Martha McCullough (Russel) of Crawfordsville, Mary Riley (Larry) of Jamestown and Rebecca Shaw (Wayne) of Mace. He married Vicki Taylor and then later married Betty Brooks, who survives. Through his marriage to Betty he gained a mother, Marie, a son, Brian (Melissa), a daughter, Missy (Fred) and 10 grandchildren. He was preceded in death by brothers, Cecil “Buddy” Benge and Samuel “Sammy” Benge, son, Steven Tyler Benge and granddaughter, Katie Benge. Family and friends will gather Saturday, February 7, 2015, 11:00 a.m.-1:00 p.m. at the Porter Funeral Home, Jamestown, Indiana. Services will follow at the funeral home at 1:00 p.m. with Rev. Chris Hortin officiating. Virgil will be laid to rest in the New Ross Cemetery, New Ross, IN. You may visit our website, www.porterfuneralhome.us, to sign his online register and leave a personal message.