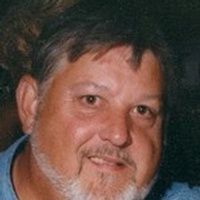 William “Bill” Sears Jr. In the company of his wife of 43 years and his two daughters, William “Bill” Sears Jr. ended a joyous and friend-filled journey on Thursday, January 7. The second of three children, Bill was born to Bill Sr. and Betty (Jones) Sears at New Castle Hospital in Henry County, May 15, 1949. Attending Sulphur Springs High School in Henry County, Bill is still remembered for his skills at baseball and basketball, especially his famous left-handed shots from the line. It was in October 1966, during his senior year, with a class size of 13, that he began courting a fiery red-head, Gretchen “Lana” Blevins. Despite being his exact opposite, she agreed to marry him on September 2, 1967. Together, the complementing opposites had two daughters, Jessaca Ann and Samantha Lee. Bill and Gretchen enjoyed traveling together, and were especially fond of trips to Las Vegas. Their last vacation together was in 2008, when she took Bill on his first trip to Disney World. Bill’s greatest passion was racing. As a young man, he began racing stock cars at Mount Lawn Speedway in New Castle, often accompanied by his wife and daughter Jessaca. He moved from driver to owner, his sprint and midget cars emblazoned with the familiar “41”. His first owner’s win, of which he was especially proud, occurred in Bloomington in 1987. Bill has joined his parents and Buckley, his much-loved golden retriever known to friends and family as Billy’s Buddy. He is survived by his immediate family, including Lily and Darby, his beloved Shelties; his sister Patricia and her husband Ronald “Bud” Kendall, his brother Robert “Bob” Sears and his wife Linda, his sister-in-law Debra and her husband Rev. John Fleming; eight nieces and nephews; several aunts and uncles; multiple cousins; and countless friends, including his oldest friend of 45 years, George Bowers, whom he had first met when George’s father hired him to work at the family Christmas tree farm while still in high school. Bill will be remembered by his friends and family as a kind, patient, and eternally happy man. He was always willing to go without and give to friends in need. Throughout his life, his friendships never suffered, as he never burnt a bridge nor held a grudge. Bill was a loving, joyful, gentle and kind husband, father, and friend. His time will be forever remembered as a true gift to those who knew and loved him. An open memorial service will be held on Saturday, January 16th, at 2 p.m. at Porter Funeral Home in Jamestown, IN. Instead of flowers, donations may be made to American Heart Association at http://honor.americanheart.org/goto/BillSearsJr.Jamestown or to American Diabetes Association at http://main.diabetes.org/goto/BillSearsJr.Jamestown