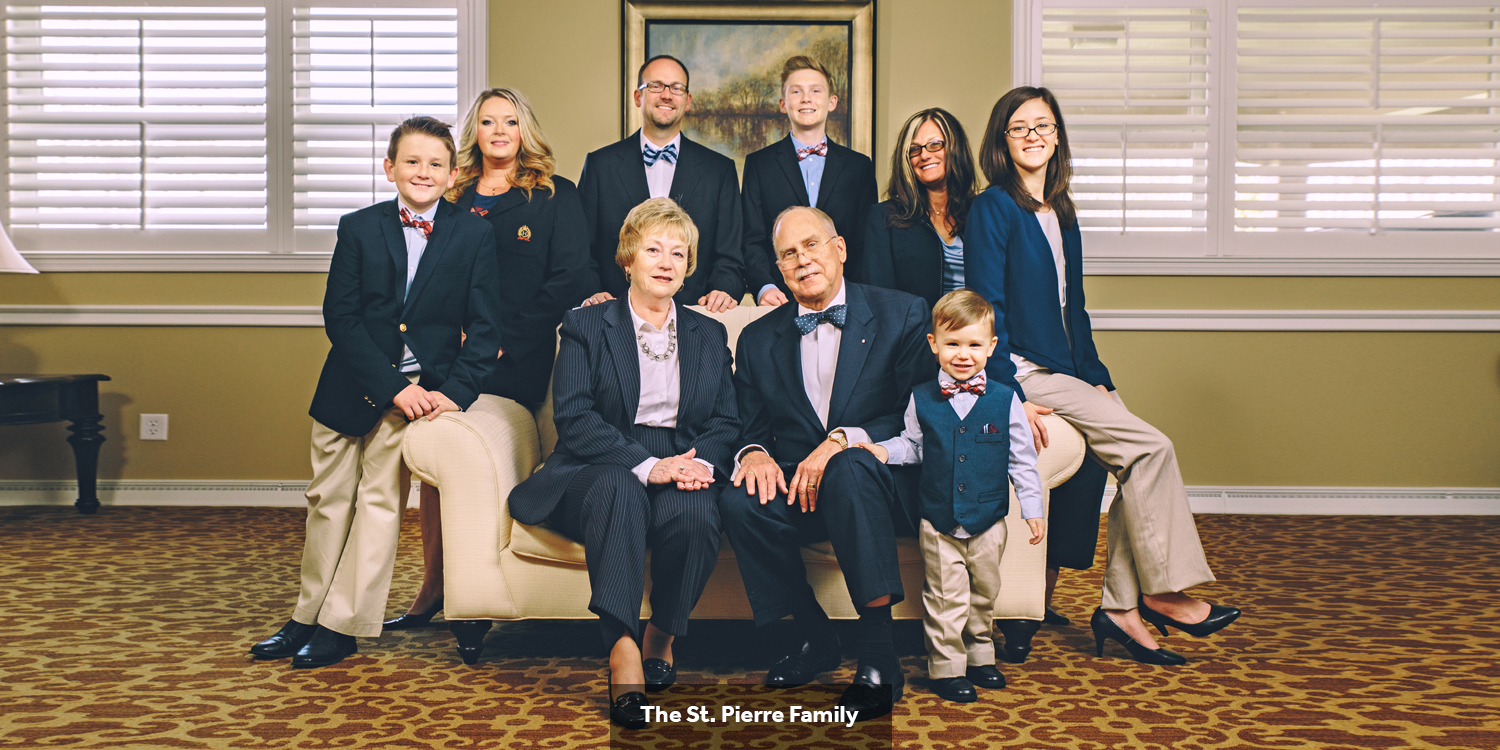 Our legacy of service started in 1897 when J.C. Wilson founded a funeral home in Greenwood, IN. Robert R. St. Pierre, a fourth-generation funeral director, managed the business for several years before purchasing the company in 1964.

When Robert died in 1977, his sons took over the firm. Today, the sixth generation of St. Pierre funeral directors serves alongside them.

Through the years, our entire family has worked diligently to meet the ever-changing needs of our community. We’ve added several convenient locations throughout Indianapolis and Central Indiana to better serve you.

In 1993, we opened the Greater South Side Crematory. Today, our on-site crematory offers you complete peace of mind knowing your loved one never leaves our care.

Throughout our history at St. Pierre, our long-held values and commitment to families have fortified us through life’s inevitable ups and downs. We count it a privilege to walk alongside our Indiana neighbors during the hardest seasons. Today, we invite you to reflect on what is most important in life through enjoying this beautiful rendition of “Amazing Grace,” performed by Paul St. Pierre’s son Ryan St. Pierre and Abby Green.

Remember that our expert care team at St. Pierre is always available to serve you as if you were our own family – just as we have been for over a century.