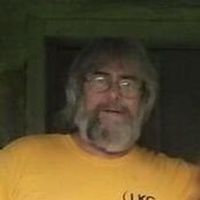 Douglas C Stewart, 56 years old of , Roachdale, died Sunday, May 15, 2011. He was born December 29, 1954 in Indianapolis, In, son of Benjamin C and Catherine M Finchum Stewart. He was a member of the Roachdale Christian Church and the Central Indiana Beagle Club. He loved his grandkids and his beagles. Surviving are his wife, Vicky Stewart, daughters, Amber (Nathan) Bell, Crystal (Chad) Cotten, and Melissa (Nick) Claycomb, son, Jeremy McKinley, sister, Belinda (Steve) Witt, brother, Jeffrey (Penny) Stewart, 9 grandchildren and former son-in-law, Craig Bell. Friends will be received Tuesday, May 17, 3:00-8:00 p.m. at the Porter Funeral Home, North Salem, Indiana. Services will be held at Porter Funeral Home, Wednesday, May 18, 2011 at 1:00 P.M. Online condolences may be made at www.porterfuneralhome.us