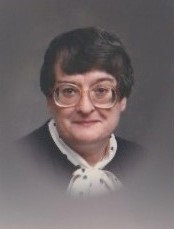 Eliza Ernestine (Troxell-Horton) Nicholson, a once-prominent figure in Indianapolis politics, died September 8th at the age of 85. Mrs. Nicholson, who became interested in politics during the unrest of the school desegregation era in the early 1970’s, began her political career as a precinct committee person. She later was elected several times as a delegate to state Republican caucuses and conventions. Throughout the 1970s and 1980s she was fierce campaigner, advocate, and advisor to mayors Richard Lugar, William Hudnut, and Steven Goldsmith. During the 1980s and 1990s she was elected and reelected to the Wayne Township Advisory Board where she led the move toward stronger township government and was a leading advocate of a stronger, well trained, better equipped fire department. Later, the Wayne Township Fire Department named her an honorary firefighter. She also worked on numerous political campaigns, namely for Governor Otis Bowen, Governor Robert Orr, and Senator Richard Lugar. More than once the George W. Bush presidential campaign dispatched her to states where Bush and other high-profile candidates were struggling, seeking her campaign insights, especially her expertise on neighborhood canvassing. Mrs. Nicholson was a member of several service organizations, namely Women in Service (WINS) and the Indiana Women’s Republican Committee (IWRC), where she worked on many service and volunteer projects. Among her many philanthropic and volunteer accomplishments was her campaign to ensure that an American flag hang in every public-school classroom in Indianapolis.

Born Eliza Ernestine Troxell on March 13, 1937, on the family farm near Monticello, Kentucky, Mrs. Nicholson later moved with her mother to New Castle, Indiana. After graduating from Chrysler High School in 1954, she was accepted into airline training school in Kansas City, Missouri, graduating in 1955. She then worked until 1959 as a telephone operator for Indiana Bell Telephone, transferring to Indianapolis where she met her future husband Ronald H. Nicholson. They wed on July 5, 1959. Mrs. Nicholson then left the workforce to raise her two children Ronald Howard Nicholson (Kathleen) and Phyllis Nicholson Cotter (Steve). After her children were grown, she reentered the workforce, working in the Marion County Department of Personnel as a secretary. Eventually, she was named director of that department. She retired in 1993.

Mrs. Nicholson was an avid reader. She especially enjoyed murder mysteries, biographies, and political texts. She was an exceptional cook, a keen Euchre player, and a talented artist. She always put family first in her life and was a doting grandmother to her five grandchildren: Alexander Nicholson (Alyssa), Elizabeth Beversdorf (Thomas), Caroline Hotle (Adam), Abigail Nugent, and Maxwell Nugent. As well, she was the great-grandmother of nine, step-grandmother of five, and step-great grandmother of four.

She was preceded in death by her parents Phyllis and Howard Horton, her husband of 51 years, and her great-grandson Oliver Andrew Nicholson.

Arrangements are in the care of Simplicity Funeral & Cremation Care.