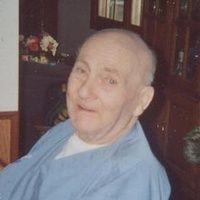 Rudolph Gene Kisner, 85 years old of North Salem, IN, died Tuesday, April 15, 2014. He was born October 4, 1928 in Edgewood, IN, son of the late Carl and Mable (Williams) Kisner. He married Marcella (Tinie) Courtney on April 10, 1953. She survives. He was a member of the North Salem Christian Church, the Mason for 50 plus years, the Knights of Pythias and the Teamsters 135. In addition to his wife, surviving are son, Kevin (Tammy) Kisner, daughter, Karen (Rick) Hardman, foster daughter, Alta (Dallas) Trump, grandchildren, Karla Fleece, Kelly Kisner, Krisann Hood, great-grandchildren, Hayley Fleece, Cody Baker, Natalie Fleece,Autumn Fleece, Sara Wall, Deondre Boller, sister, Marcia Sowders, and beloved pet Daisy K. He was preceded in death by his parents, brother, David Kisner, his 2 beagles, Deacon and Daisy May. Family and friends will gather Saturday, April 19, 2014 10:00 a.m.-1:00 p.m. at the family farm, 6095 N CR 575 W, North Salem, IN. Services will follow at 1:00 p.m. at the farm. He will be laid to rest at Fairview cemetery. Family requests casual wear or jeans for the service. You are invited to visit our website, www.porterfuneralhome.us, where you may sign his online register and leave a personal message.