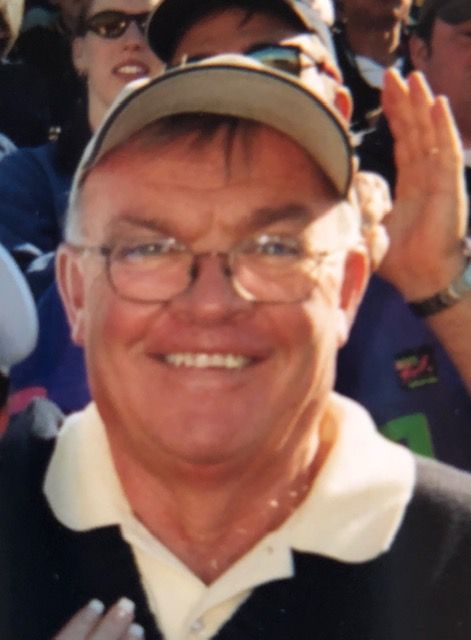 Gerald H. ‘Gerry’ Stevenson, 76, of Whitestown, Indiana, passed away on May 14, 2019. Hewas born in Ottawa, Illinois on July 27, 1942, the son of Donald J. and Mildred ‘Mickey'(Kirsteatter). He is survived by two daughters Melissa Lewis (Tim) of Louisville, Kentucky andJennifer Stevenson of Kemah, Texas, a stepson Zachary Graves Stevenson of San Franciscoand two grandchildren, Alexander and Addyson Lewis also of Louisville. A sister, Mary LouHoffar of Cincinnati, Ohio, also survives as well as many dear friends including Nicole andRoger Kauffman who were his local family and his Dog Park group.Gerry attended Wabash College in Crawfordsville, Indiana and the University of Michigan. Heremained an avid Michigan sports fan throughout his life. Professionally he held a variety ofsales positions and retired as a financial advisor.In retirement he considered himself a professional volunteer in Zionsville where he significantlycontributed to the community. He was the co-founder of Kite Day which benefited the local Boysand Girls Club, initiated the HAWK Foundation to benefit special needs children, activelyparticipated in other civic activities and was considered an expert on wolves. He raised twowolves named Blue and Maize in honor of Michigan and often visited care centers, schools, andthe local farmers’ market with one of them.A memorial service celebrating Gerry’s life was held May 18 at The Serenity Cafe in Zionsvillewhere his selflessness, kindness, dedication, extensive knowledge and quick wit wereremembered. In Gerry’s spirit, enjoy a hearty laugh, share a great story, pat a dog on the head,share a meal with a friend, or do something to help a another person. Memorial contributions inGerry’s name may be directed to the local charity of the donor’s choice.