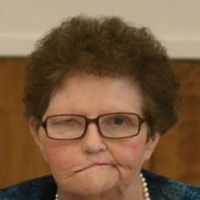 Jane Marie Hensley, 76 years old of Indianapolis, IN, died Saturday, May 16, 2015 at Hendricks Regional Health. She was born September 15, 1938 in North Salem, IN, daughter of the late Hiram and Dorothy (Ayers) Cloncs. She was a member of the North Salem Alumni Association and the North Salem Christian Church. She is survived by her sons, Brian (Wanda) Hensley of Fairland and Scott Hensley of Brownsburg, brother, Robert (Susan) Cloncs of Danville, and grandchildren, Nicole (Josh) Landis, Tricia Hensley (fiancé Jason Krummen) and Caitlin Hensley. She was preceded in death by her husband, Donald Hensley, brothers, William and Jerry Cloncs and sister, Marjorie Ross. Family and friends will gather Wednesday, May 20, 2015, 4:00-8:00 p.m. at the Porter Funeral Home, North Salem, Indiana. Services will be held at the funeral home, Thursday, May 21, at 11:00 a.m. with Pastor John Gossett officiating. Jane will be laid to rest in the Fairview Cemetery. You may visit our website, www.porterfuneralhome.us, to sign her online register and leave a personal message.