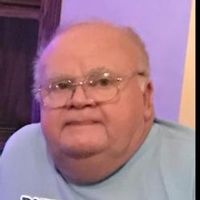 Mr. Kenneth Vansickle, 62, of Montgomery County, passed away December 24, 2015 in Montgomery County. Kenneth was born March 8, 1953 in Lebanon, Indiana, a son of Marvin “Bud” and Dessie (Truax) Vansickle. Kenneth graduated from South Montgomery High School. He then served in the United States Army and was stationed in Germany. Kenneth then worked as an insulator. Kenneth was a member of the VFW and the Local 18 Union. He was also a member of the International Assocation of Heat and Frost Insulators and Asbestos Workers. Kenneth is survived by his girlfriend Carol Kay Cooney; his children Jackie (Nate) Myers of New Market, Jennifer (Jerrad) VanCleave of Beckville, and Jill Davis of New Ross; his step-daughters Twila Kersey, Mary Kersey, and Francis Ann Suggs; his siblings John (Beverly) Vansickle of Waynetown, Raymond (Kathy) Vansickle of Monrovia, Carol (John) Ford of Thorntown, Wayne (Betty) Vansickle of Gadson, Pete (Erica) Vansickle of Germany, Katrina (Jerry) Whiteside of Lebanon, Teresa (David) Smith of Poland, IN, Francis (Judy) Vansickle of California, Karen Vansickle of Brazil, IN, Debbie (Bill) Stone of Lebanon, Patricia “Patsy” Lang of Lebanon, and Ed Vansickle of New Ross; his grandchildren Kaylee VanCleave, Thomas Myers, Jud VanCleave, McKenzie Myers, Kari-Ann VanCleave, Tyler Davis, and Lillian Davis; his sister-in-law Vera Vansickle; and several nieces and nephews. Kenneth was preceded in death by his father, his brother Charles Vansickle, two other siblings at birth, and his grandson James “Bubba” Davis, Jr. Family and friends will gather Wednesday, December 30, 2015 from 4 p.m. until 8 p.m. and services will be held on Thursday, December 31, at 10 a.m. with Tami Mussche officiating at the Strawmyer and Drury Mortuary, 2400 N. Lebanon Street, Lebanon. Kenneth will be laid to rest in the Fairview Cemetery in North Salem Memorial contributions may be made to the American Diabetes Association of Indianapolis, 8604 Allisonville Road, Suite 140, Indianapolis, Indiana 46250. You are invited to visit our website, www.porterfuneralhome.us, where you may sign his online register and leave a personal message.