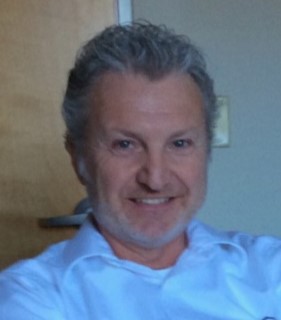 Mark Scott Bannister of Indianapolis, Indiana, passed away peacefully at home on September 19, 2022 at the age of 61 after a long battle from early onset frontotemporal dementia.

Mark worked as an IT director most of his professional life in various industries, most recently at the State of Indiana.  Mark was a member of Lifepoint Church in Indianapolis.  He was somewhat of a Biblical scholar and loved the history found within these pages.

Mark also loved photography, driving convertibles, cooking, landscaping, wine tasting, the Cincinnati Reds, fishing, camping, spending time with his family and construction projects around the home.  Mark was an avid history buff, especially anything related to the Civil War.  He enjoyed trips to Gettysburg, Pennsylvania and walking along Pickett’s Charge-even in the Fourth of July heat.  Other trips included the Andersonville, Georgia Civil War prison site and Fort Sumter in Charleston, South Carolina.  And while not often described as festive, Mark was known to celebrate various holidays at work by nonchalantly wearing a leprechaun top hat or a long white beard while sitting at his desk.

Mark was an avid music fan and concert goer all of his life and it was hard to find a classic rock band he had not seen, including Queen and then frontman Freddy Mercury.  He loved artists like Rush, Reo Speedwagon, Joe Bonamassa, the Eagles, Jason Mraz, Flogging Molly and YES amongst a few.

Visitation will be Thursday, September 22, 2022 at Wilson St. Pierre Funeral Service & Crematory, Greenwood Chapel 481 West Main Street, Greenwood, Indiana 46142 from 4:00-7:00, with a Celebration of Life at 7 PM.  Mark will have a graveside service in Paducah, Kentucky the following day at 2 PM EST.  Thereafter or in lieu of flowers, memorial donations in Mark’s name may be made to the Eskenazi Healthy Aging Brain at https://eskenazihealthfoundation.org/donate/